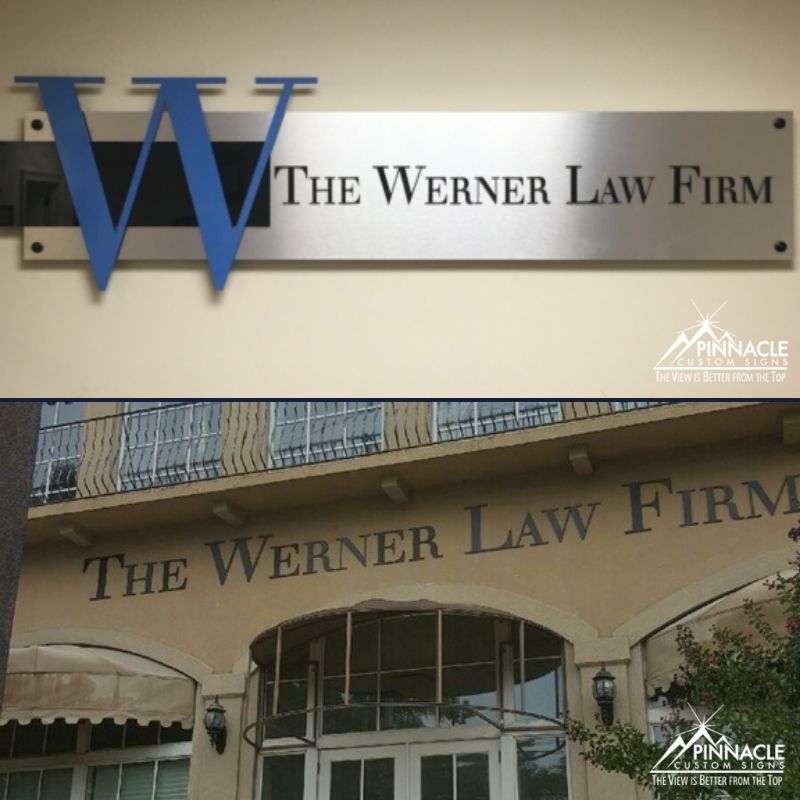 The Werner Law Firm is one of the top personal injury law firms in the state. They represent those who have been catastrophically injured or killed, typically due to a negligent driver of a tractor trailer or other commercial vehicle. The significant difference between Michael Werner and other attorneys is that before becoming a trial attorney, he practiced medicine. It was caring for numerous patients who were injured through no fault of their own that drove Michael to becoming an attorney.  And he is one of the highest ranked Atlanta-area attorneys according to Avvo.

In 2016, we were contacted by a senior paralegal, Sherry Rosen, about new law office signs for their Buckhead office location. They were in a great location but needed better branding for the exterior and interior of the building that they shared with The Simon Law Firm.

To accomplish this, we designed two interior branded signs, one for above the doors to their office suite and the other for over their reception desk. The directional sign used a black acrylic lettering on a brushed aluminum backer and was mounted above the doors leading into their office lobby area. The lobby sign used similar materials but also included the large branded “W”. This sign was mounted on black standoffs to give it an extra-dimensional element.

Using a similar style, the building signs were routed black PVC lettering. We later installed an LED digital message board in the monument sign at the front of their building. 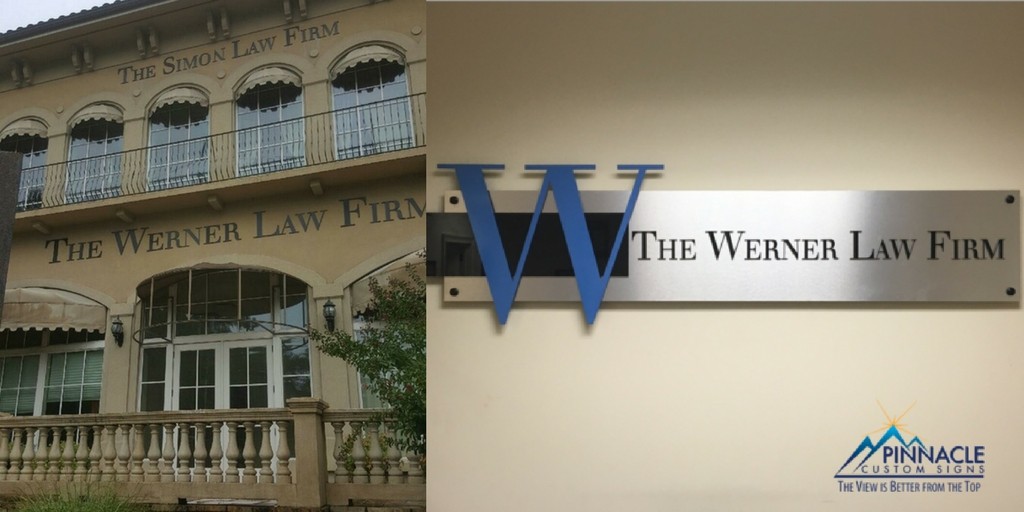 Looking for a sign company close to The Werner Law Firm? We’re not far away!